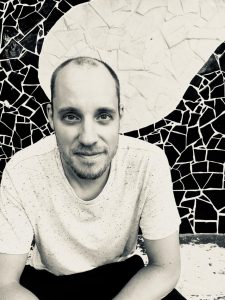 Tobias‘(Amsterdam, 1980) grew up in Almere, the Netherlands. In 2003, he graduated in Political Science at the University of Amsterdam and the Freie Universität Berlin. After graduation, he worked for various international development organizations, among others in Switzerland, Bosnia, Kosovo, Macedonia and Liberia.

However, as music has always taken a central place in his life, in 2008 he decided to pursue his musical interests on a more substantial level. In 2011, he graduated in Composition and Music Production at the Utrecht School of the Arts. Currently, Tobias composes, produces and plays music in various contexts, such as film, theatre, animation and commercials. His passion is to explore the nature of musical sound, both in acoustic and electronic settings, by working with musicians, studio equipment, software and customized instruments. Tobias now lives in Amsterdam. For a short filmography, see Tobias on IMDb.